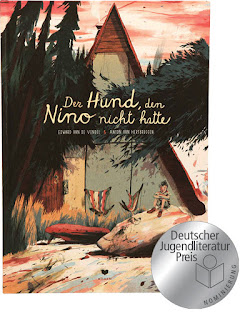 Delightful news: the German version of the picturebook that illustrator Anton Van Hertbruggen and I made, THE DOG THAT NINO DIDN'T HAVE, is nominated for the German Literature Award.

This Award nominates six books in every category: picture book, children's book, books for youth and non-fiction. The nominations were announced at the Leipzig Book Fair and the winners will be announced in October, at the Frankfurt Book Fair.

DER HUND DEN NINO NICHT HATTE (original title: HET HONDJE DAT NINO NIET HAD) was published by Bohem Press, in Germany, and translated by Rolf Erdorf. The book was originally published by De Eenhoorn, that also sells the rights. Rights were sold for the English, the French, the Chinese, the Brazilian Portuguese, the Korean and the Danish versions.

The book and the illustrator already got awards in Belgium, the Netherlands, France and the United States. Last year LENA UND DAS GEHEIMNIS DER BLAUEN HIRSCHE, (THIRTEEN RUNNING DEER) by Mattias De Leeuw and me (also translated by Rolf Erdorf) was nominated for the German Literature Award. More about the nominees of this year can be read here. 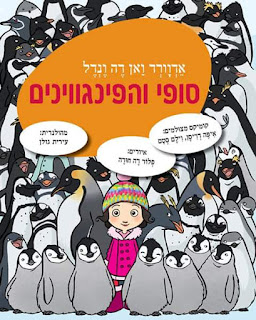 It came out just now: the Hebrew version of our book SOFIE AND THE PENGUINS (SOFIE EN DE PINGUÏNS). This is my first book in Israël and I'm happy that Rimonim Publishing noticed the book. Thanks! Also a big thank you to Irit Golan, who translated the book.

SOFIE AND THE PENGUINS is illustrated by Floor de Goede and contains photocomics by Ype+Willem. The book originally was published by Querido, Amsterdam. The book is the first of a series of books that contain a story, illustrations, comics ánd non-fiction elements.

The rights to this book were also sold to Italy (Il Castoro) and Estonia (Päike ja Pilv). It got children's jury prizes both in Holland and in Belgium.

The dog that gave me two books, Sam, is still alive (well, the real one isn't, sadly enough). The two books (SAM SHOWED UP and SAMS MYSTERIES) were bundled into one big Sam-book, the new cover goes hereby. The books were issued by Querido and contain of course all the original illustrations by the great Philip Hopman.

Apart from that, the Estonian Organisation for Child Care, chose their 'best books of the year'. Among those picks was the Estonian translation by Kerti Tergem of the first book, SAM SHOWED UP (KOER NIMEGA SAM, published by Päike Ja Pilv). 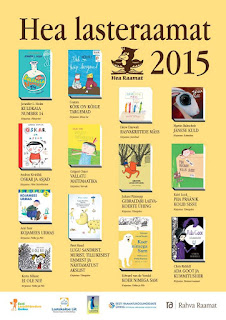 The rights of the first book so far were sold for these languages:
French
German
Estonian
English (USA)
and all eleven languages of the Republic of South-Africa.

The Dutch Literature Fund gives grants for spreading the book into even more countries. This can be checked here. Also on that page: a sample translation into English (by David Colmer) of the first book.