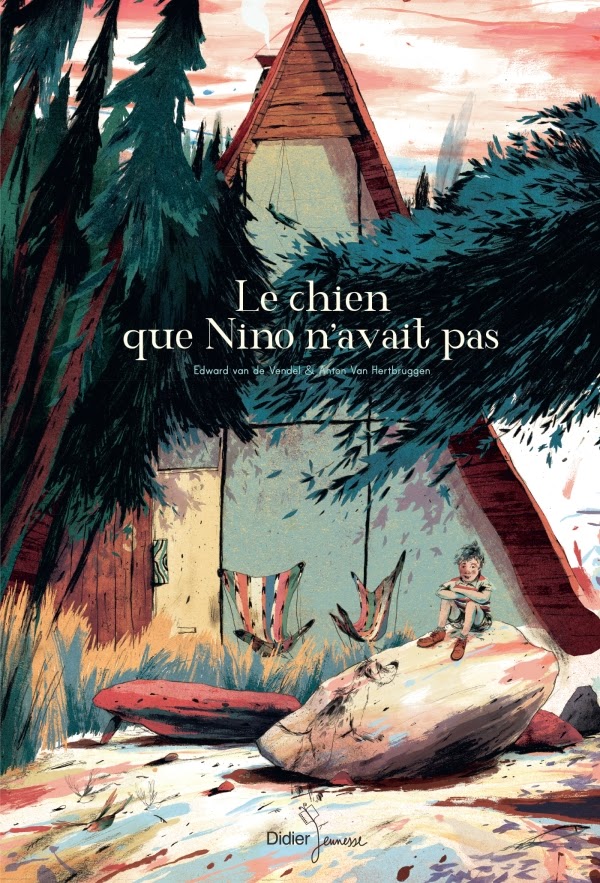 THE DOG THAT NINO DIDN'T HAVE (or in Dutch: HET HONDJE DAT NINO NIET HAD), my picture book with the amazing young Belgian artist Anton Van Hertbruggen just came out in China, which is great.

But even greater is the latest news: the French translation by Marie Hooghe, LE CHIEN QUE NINO N'AVAIT PAS, is awarded with the Prix Sorcières, an annual prize, organised by the ALSJ (Association des Librairies Spécialisées Jeunesse) and the ABF (Association des Bibliothécaires de France).

In the 'album' category past winners have been artists by the likes of Wolf Erlbruch, Anthony Browne, David Wiesner and Peter Sís - and now it's our book. We are so grateful!
Congratulations also to the translator and to our French company Didier Jeunesse.
Gepost door Edward op 15:01 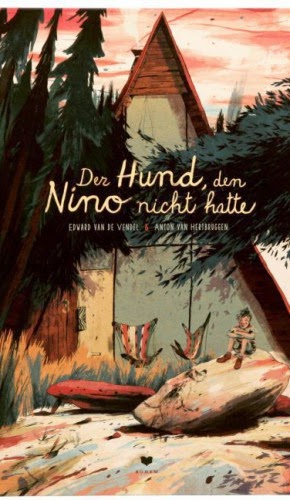 The year took off with some new translations of my books.
It's three new ones in China! Petrel Publishing House issued THE DOVE THAT COULDN'T DIVE (DE DUIF DIE NIET KON DUIKEN), my book with Alain Verster, ONE MILLION BUTTERFLIES (EEN MILJOEN VLINDERS), with Carll Cneut, and GOODNIGHT EVERYBODY (WELTERUSTEN IEDEREEN), with Sebastiaan Van Doninck.
All three books were originally published by De Eenhoorn, in Belgium, and now translated by Sun Yuan.

ONE MILLION BUTTERFLIES was previously released in Brazil, Portugal, Spain, Italy, France, Germany, Norway, Slovenia, Georgia, Taiwan and South-Africa.
THE DOVE THAT COULDN'T DIVE in Germany, Norway, Denmark, Taiwan and rights were bought for Italian.
GOODNIGHT EVERYBODY was also published in Taiwan.

In Germany DER HUND, DEN NINO NICHT HATTE came out. It's Rolf Erdorfs translation for Bohem Press of HET HONDJE DAT NINO NIET HAD (THE DOG THAT NINO DIDN'T HAVE), which is already available in French and Danish, and will be published in China and the United States as well.
I got to make this book with Anton Van Hertbruggen, and also this one was originally published by De Eenhoorn.