THE CHEER-UP BIRD IS FLYING ON 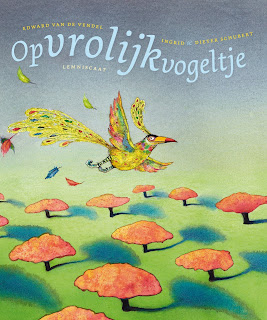 OPVROLIJKVOGELTJE (THE CHEER-UP BIRD) is the first picture book I got to make with the famous duo Ingrid & Dieter Schubert. It was published by Lemniscaat. The book was already sold to the United States (Lemniscaat USA) and Italy (Il Castello), and now the German rights are sold as well. To the publishing house of Fischer Sauerländer. Great!

NINO AWARDED IN THE US 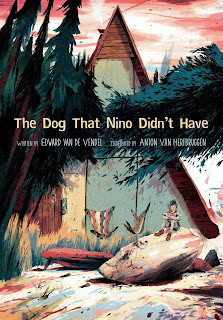 Only a few days out now: the American-English translation of HET HONDJE DAT NINO NIET HAD, the picture book that Anton Van Hertbruggen and me made. THE DOG THAT NINO DIDN'T HAVE is the title, Laura Watkinson translated it, and Eerdmans published it. The book got some nice reviews, like the ones in Publisher's Weekly and Kirkus Reviews.

But now there is an award! The Society of Illustrators once a year grants Golden and Silver Awards for 'the best books' and Anton gets one of the two Silver Medals! (The golden one is for Ji Hyeon Lee.) This is the list of previous winners.

In October, November and December the work of the winners is shown in the Society's museum in New York. More about that, and about the award is to be read here. Anton: Congrats!
Gepost door Edward op 14:46 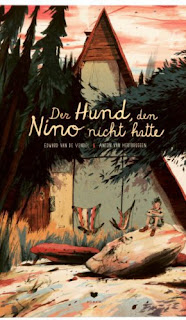